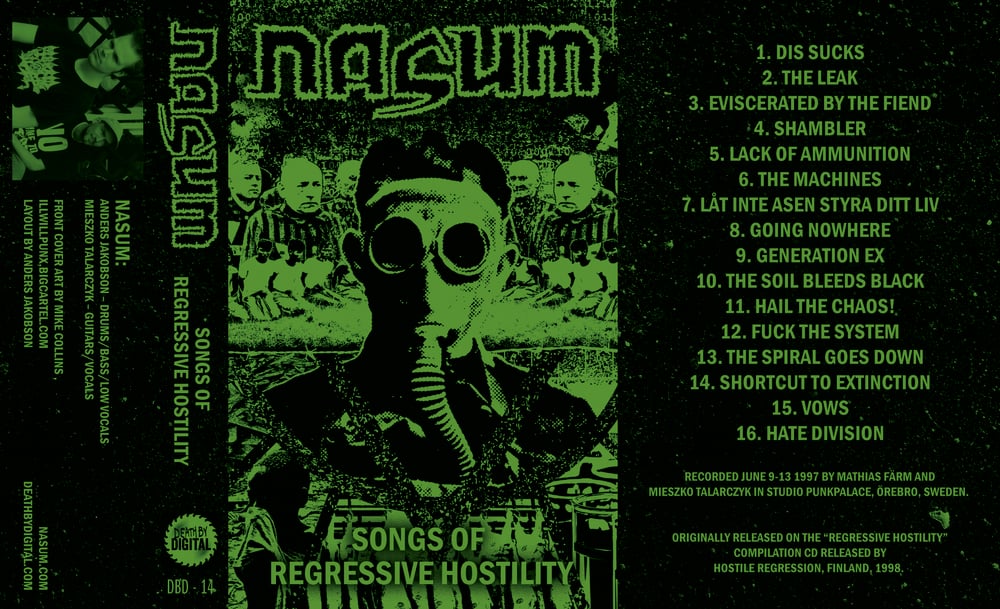 This recording from June 1997 is the final batch of tunes that Nasum recorded prior to being signed by Relapse Records. In fact, it was these very songs that caught the interest of the label and gave them the 'Green light' to proceed. These songs were originally included on the 'Regressive Hostility' compilation, though Anders (drums) always wanted it as a stand alone release.

This recording is one of my personal favourite recordings with Nasum. I have sort of been longing for an individual release of these songs for years and years. It brings back many memories from the years Nasum was only Mieszko and I and how we developed the Nasum sound just the two of us during many creative sessions. These songs gives me direct access to thoughts and feelings and even smells from many years ago and I love them so much.